So that's it all done now, I am bereft of visiting pan-species listers for the forseeable. Last weekend was spent in the company of fellow nature nutters Pete and Ali, this weekend it was Dave and Alan. Throw in generous helpings of local naturalists Stephen (plants), Nick (bryophytes) and Neil (inverts) and I think it's fair to say I've had a pretty epic couple of weekends this month! I now have a bit of catching up to do in order to get back on track with my work shifts. I worked nine days straight in order to take three consecutive days off for Pete and Ali. Now I have to work another seven or eight consecutive days to make up for the three days I took off for Dave and Alan. The good news is that I've left my holiday allowance untouched, so I should be able to get away for a decent break sometime in the autumn/winter period.

Before Dave left this morning, we had another quick squint at lots of Hieracium growing on a vertical rock face. Dave spotted a neat cluster of Thyme Broomrape erupting through their host. I don't see this plant very often at all, maybe just three or four times in the last four years, so to find a whole group of them was pretty sweet. I think this is the only species of broomrape to occur on Skye, I'll have to check. Smart things anyway, in a strange kind of way. 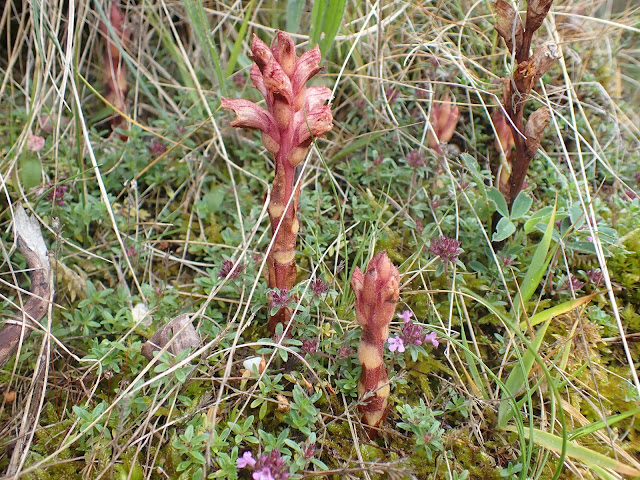 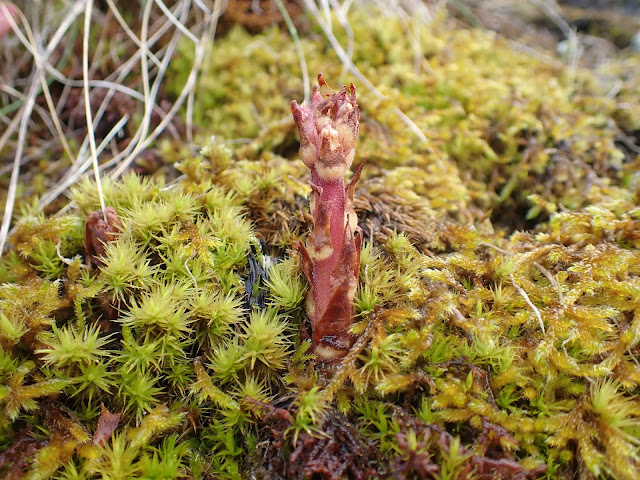 And then there was this leafy Hieracium ('leafy' because it has numerous leaves up the stem, as opposed to none/one/two cauline leaves, or maybe just a bract), the first such example we had seen this weekend. There are various possibilities involved, I shall come back to it when it's flowering in case I can actually get it to species. If not, I know a man who can. 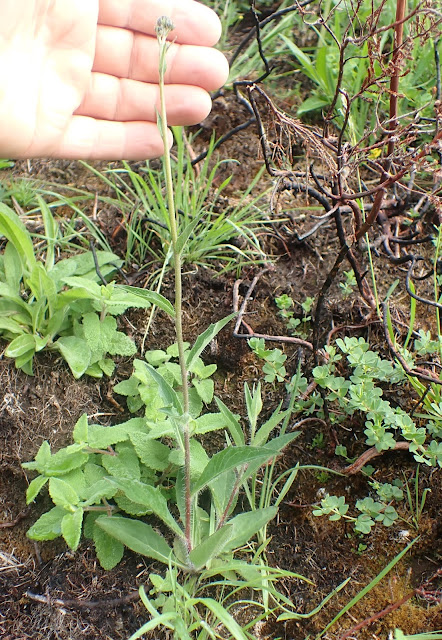 Dave did a double-take at a nearby rose, but it was only Sherard's Downy Rose, a common enough species up here. I then showed him a Glaucous Dog-rose. He seemed a tad unconvinced and decided to double-check it by running it through the key in Stace 4. Between us we determined that it was, in fact...a Glaucous Dog-rose! He's such a doubting Thomas, haha! But then it was a new plant for him, hence his caution to take me at my word. He's a very meticulous kind of chap. But it was good to run it through the key anyway, something I should do more often when it comes to things like roses.

We'd cleaned up on most of Dave's target plant species, but he still needed Long-stalked Pondweed. Stephen had suggested the north end of Loch Flada as a good bet, and indeed that's precisely where I've seen it before. Dave had a grapnel and line, we were going fishing for pondweeds!

Loch Flada was a no-go, the strong wind was pushing the waves too hard against the dam. We tried the shoreline but Dave's grapnel was too light to carry far, in fact the wind blew it back at us before it even hit the water! I tied a nearby stone to his line to provide extra weight, but we still failed to find anything of interest.

I suggested we try the smaller (and hopefully more sheltered) loch by the Kilt Rock carpark. Bit more success achieved here, though it started raining almost as soon as we arrived. Here's Dave attempting to untangle his grapnel after a bit of an unfortunate first throw whereby he somehow hooked his own line instead of pondweeds 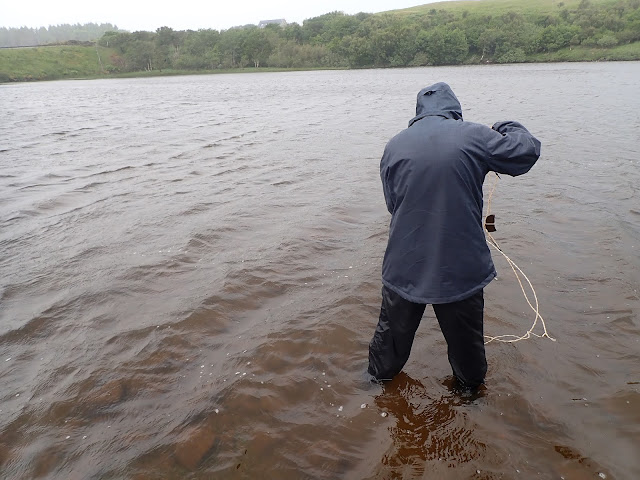 And here he is reeling in his 'catch' 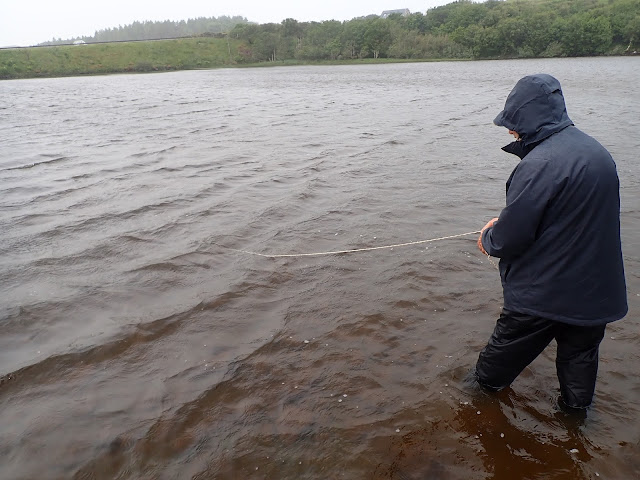 Sadly for us, all we found was Myriophyllum alterniflorum on each and every cast of the grapnel. We could see Bog Pondweed at the margins and found bits of washed up Perfoliate Pondweed, but no luck with the target species. Eventually we ran out of time, Dave simply had to hit the road southwards. It's been over six years since I last saw Dave, I told him in no uncertain terms not to leave it so long next time. I now have an open offer of a small botanical tour of Somerset next time in in that part of the world. Just hope it won't be in the depths of winter.